What is Asbestos Removal?

Several buildings have asbestos which was used in thermal system insulation and many other materials. In places like Edinburgh, Glasgow, Ayr, Kilmarnock, Troon, Prestwick and all over the Scotland and England or UK, several buildings contain asbestos. Asbestos is sometimes inside places where you would have difficulty gaining access to, for example, technical ducts and false ceilings. Asbestos was widely used in the UK until its partial ban in 1985, However Chrysotile had been the only type of asbestos permitted in the UK until its ban in 1999. To be sure of it, a sample of asbestos can be removed from the house property and be sent to the lab for testing. 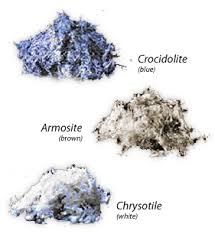 There are certain major health effects that are faced by the residents of the building. Asbestosis is a lungs disease, it is not cancer but it stays for a longer period of time and is progressive. Lung cancer causes the air passage in to the lungs to be blocked and invaded by the tumor. The asbestos fragments in the air can induce lung cancer in to a person and it can have an increased effect on the person because of smoking. Mesothelioma, it is a rare cancer which affects the lining of lings or the abdominal contents. This type of cancer is caused by the exposure of asbestos. Gastrointestinal and Colorectal Cancers- the researchers have conducted studies on asbestos exposure and have concluded that its exposure can induce cancers like, gastrointestinal cancer (dealing with stomach and esophagus) and colorectal cancer (affecting the colon and rectums). 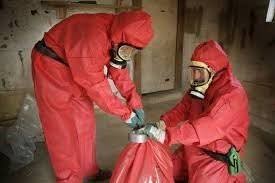 The removal of asbestos must be done by the professionals and skilled as when the asbestos is re-positioned or disturbed, it can cause the fibers of the material to be exposed in the air, which when inhaled by a human being can cause diseases mentioned above. Asbestos removal requires some major and minor repairs which must all be done by the professionals who are trained and skilled with the methods of removing and encapsulating. If the owners of the building require to remove the asbestos containing elements, they must contact the asbestos contractor. The contractor can then, convey all the details of removal procedures and treatment which are available and appropriate for encapsulation.

The removal of asbestos is a very skilled procedure and should only be carried out by a professional asbestos removal company. This is because of the increased health risks during the procedure of asbestos removal. The removal can be required in situation like remodeling, or renovating the building which can disturb the asbestos material. Apart from this, the removal procedure can be called for, when the material is damaged extensively and is impossible to be repaired by any other method. The procedure requires a professional who holds the special training in handling the asbestos. The removal, when not done right, can cause severe health damages to the residents of the building.